« back to all blogs 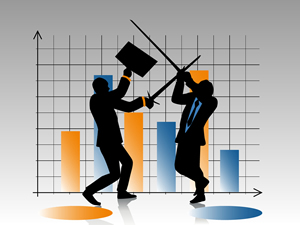 An army going into battle would never think to not understand what the topography of the battlefield was, including critical areas that needed to be captured to ultimately defeat the enemy. They would know where the enemy was entrenched and what resources in manpower and armaments they possessed. Additionally, they would know if they had allied forces in the area, what resources they possessed and how, where and when they might be deployed to help. They would determine where battle lines would be drawn and assaults made and they would continually update that intelligence up to the minute of the assaults and even during battle.

Entrepreneurs are in a business battle every day. Yet, many entrepreneurs don't go into battle with that mindset. Many are using sparse intelligence some of which may not have been updated since they put their original plans together. Most attack every competitive situation without a thought about what the enemy (competition) might do, but only what the business might do to win. Most lack basic information about their enemy like product offerings and pricing and how they compare to the business' offerings and pricing. Few pay enough attention to the tactics that the enemy (competition) uses to win. And typically, they lose more battles than they win because they believe the enemy simply has more resources (both capital and manpower). And this is further compounded by the fact that the entrepreneurial business is almost always resource-strapped.

So what is a general (the entrepreneur) to do with his rag-tag army up against the well-provisioned enemy that already occupies much of the high ground in the ongoing business battle?

First and foremost, there has to be mindset change. The entrepreneurial army has to behave like guerilla fighters, picking and choosing what battles to fight. It has to do careful battle planning because of restricted resources. That is, what customers it has the best chance of winning.

As to topography (their target market), they need to better understand what the ideal customer profile is, to better refine that target market and to pick those areas with the best chance of victory, and conversely, with the least enemy resistance (competition). And when a battle is planned, they need to perform extraordinary data gathering about the target customer. They need to know more about the prospective customer than the enemy does and use it to their advantage during the battle (key players, characteristics and attitudes).

Additionally, they need to know their enemy (competitor(s)), who they are, what they are pitching and pricing and how they sell it in the target market of the ideal customer. Pore over their website. They need to talk to their own good current customers about what the competitors are presenting (competition is always out there pitching). See if a copy of a proposal that's been submitted can be obtained. Hey, this war, not a formal dance.

Finally, find allies. Are there companies with whom they can partner, who might already have customer relationships with many of the prospects in the ideal customer profile? Perhaps, they are selling a product that complements the business' product or service. Or perhaps, they can help expand the target market, by carrying the business' product set into that target market. Whatever is done try not to do it alone. A guerilla fighter, can't have too many resources.

In the battle for the customer, know the battlefield, pick the battles, plan the attacks and use all the resources available, inside and outside the company, to win!

"The Entrepreneur's Yoda knows these things. He's been there. May success be with you!

Categories: Small Business Sales and Marketing
« back to all blogs 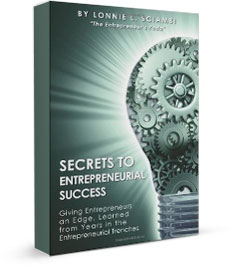 Do you like these articles? Read my book for more advice you can use immediately.

Get Your Free Chapter!